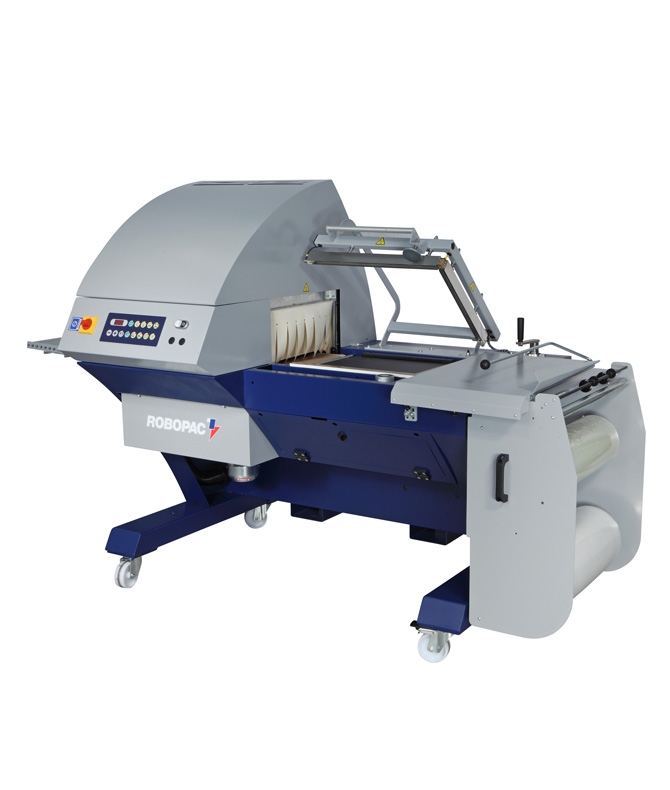 Manual packing machine which combines in itself high operational qualities and usability for small-scale and average production of products of different commodity branches. Thanks to compactness and reliability the product deserved success and trust.

The equipment carries out two operations: a zapayka of a product in a film and shrinkage of a film in a thermotunnel. Type of a zapayka — L-shaped. A thermotunnel — built-in.

The operator puts a product in a semi-hose film on a car desktop (the design of a table provides necessary disclosure of a semi-sleeve), stretches it in a zone of a zapayka and without effort lowers a frame of a zapaivatel.

Further cycle (soldering, raising of a frame of a zapaivatel, advance in a thermotunnel. the stop of the conveyor of a zapaivatel for acceptance of the following product) occurs automatically.

Adjustment of time of cooling of STD

The control panel with the programmable microprocessor and the display STD

Special compartment for collecting waste of a film +

We will be able to provide more detailed information on a car complete set on demand.

Send inquiry
Buy
Contact supplier
Your question has been sent successfully
Consultants of the shop typically answer questions during the day.